Holiday Offer: Get $35 Off Our 3 Best-Selling Masks

Natural-Born Insomniac? You Might Be a “Dolphin” Chronotype — Here’s How to Deal 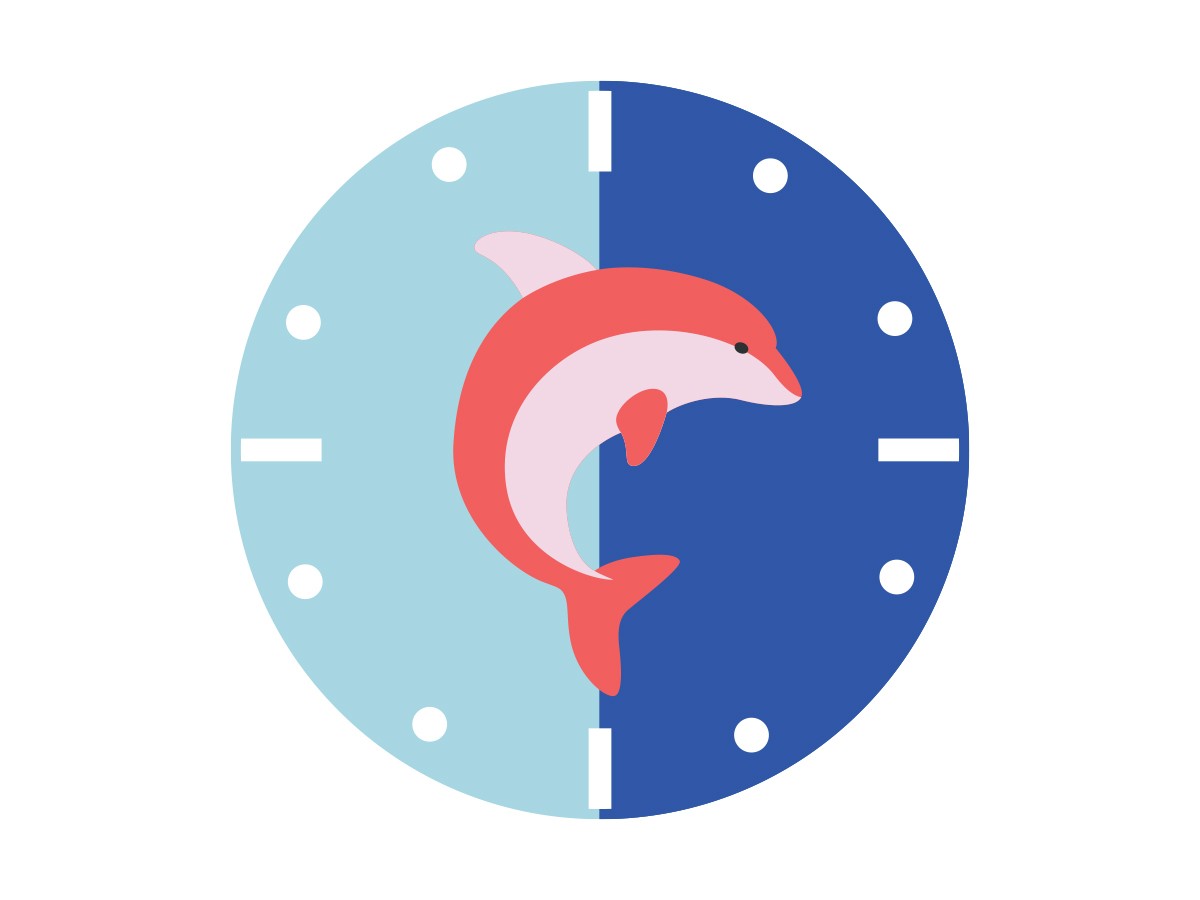 Do friends describe you as intelligent and very detail-oriented (but a bit of a worrier)?

Would you label your sleep patterns as “erratic”?

Does your brain kick into high gear at bedtime, presenting you with a three-ring-circus of anxiety-inducing performances?

If you found a genie’s lamp, would you spend at least two of the wishes on a solid 8 hours of sleep?

Do you consider yourself a perfectionist, and are right now wondering why someone wouldn’t just spend one of those wishes on sleeping well every night?

If you answered yes to most of these questions, then your sleep chronotype (your body’s natural patterns of sleep/activity) most closely resembles the dolphin. (As opposed to the early-to-bed, early-to-rise lion chronotype schedule!)

We hate to say it, but you’re in the 10% of the population who have the sketchy sleep patterns of insomniacs. But fear not, you’re in excellent company: William Shakespeare, Richard Branson, Jackson Pollock and Steve Aoki are all dolphins, too.

So what does this mean for you? Well, following your chronotype’s schedule will:

First, let’s take a look at the dolphin chronotype schedule.

A Day in the Life of a Dolphin Chronotype

To survive the frigid ocean and not fall victim to predators of the murky depths, dolphins have to remain in constant motion — even when asleep.

This means that, for about 4 hours a day, they’ll close their left eye and allow the right side of the brain to sleep, then reverse it for the left.

During this stage of semi-sleep, dolphins are in a daydream-esque state. They swim more slowly, but remain conscious of danger and can breach the water’s surface for air.

While convenient, this style of dozing isn’t as deep — there’s no evidence that dolphins experience REM sleep. And, as you’d imagine, it’s an easily interrupted sort of slumber.

When they’re not (half-)asleep, dolphins put that advanced intelligence to good use exploring, playing and socializing. Hunting and foraging is a carefully choreographed group activity.

Now let’s examine how that translates to your life.

How to Work With Your Chronotype for Optimal Energy

Let’s get this out of the way first: as much as everybody loves dolphins, it would be nobody’s first pick for a sleep chronotype due to erratic sleep patterns and sketchy snoozing.

Your ideal sleep schedule is 11:30 p.m. - 6:30 a.m. But we realize who we’re talking to; whatever schedule allows you to eke out the best sleep is the way to go.

Your energy will be at its peak between 10:00 a.m. - 1:00 p.m. Engage in routine tasks prior, and use the time afterward for a recharging post-lunch nap.

Because dolphin chronotypes fight a constant battle against fatigue, try a technique that Dr. Breus refers to as the “nap-a-latte.” Though you might usually avoid coffee in the afternoon, have a cup just before your afternoon nap. The caffeine will start to kick in as your 30-minute nap concludes, turbocharging your energy levels without impacting your ability to get to sleep at night.

Oh, and before we forget, here are a few other ways to take optimal advantage of your dolphin chronotype schedule.

Don’t fight those natural urges — work with them to get great sleep, maximize your energy and live your best life!

Take our pop quiz and learn about the history of the different animal sleep types, and tips on getting the most out of your particular animal in our comprehensive article on chronotypes.

Find out to sleep better.